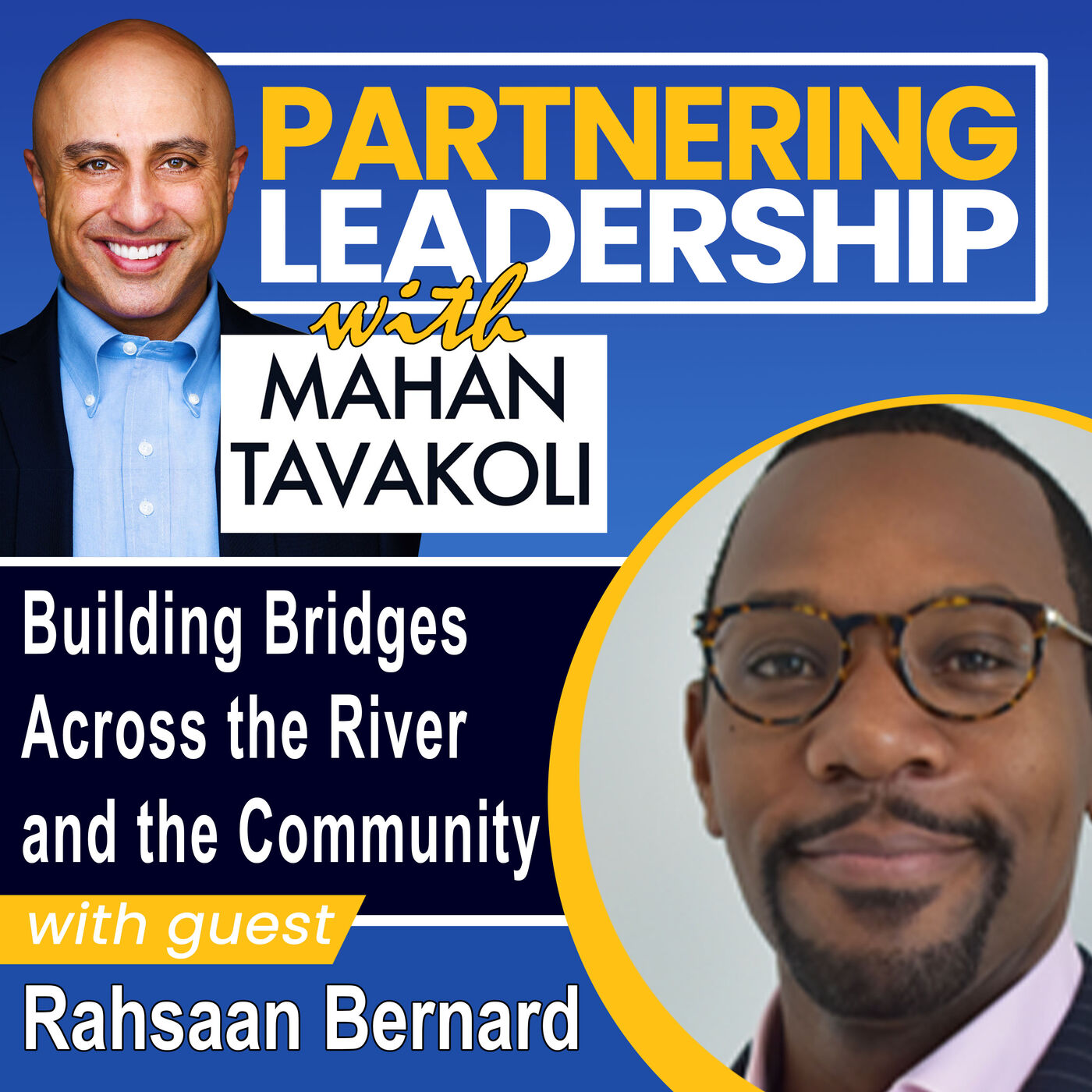 In this episode of Partnering Leadership, Mahan Tavakoli speaks with Rahsaan Bernard. Rahsaan Bernard serves as the President of Building Bridges Across the River (BBAR). This nonprofit organization built and now manages the 16.5 acres of Townhall Health Education Arts Recreation Campus known as THEARC in Washington, DC. BBAR is also building the first elevated park in Washington, the 11 Street Bridge Park Project. In the conversation, Rahsaan Bernard shared the impact of his upbringing in Jamaica, critical parts of his leadership journey, and his focus on impact through Building Bridges Across the River. In addition, Rahsaan Bernard shared historical factors impacting the greater need of residents in D.C.'s Ward 8 and the need for the services provided. Rahsaan Bernard also shared how BBAR has involved the community in planning for the 11th Street Bridge Park Project and how that level of engagement can serve as a model for all leaders.

-Rahsaan Bernard on his upbringing in Jamaica and why his family moved to the U.S.

-What fascinated Rahsaan with bodybuilding and fitness

-Historical reasons why there has been very little investment in D.C.'s Ward eight, resulting in food deserts, as well as socioeconomic and medical challenges,

Building Bridges Across the River (BBAR)