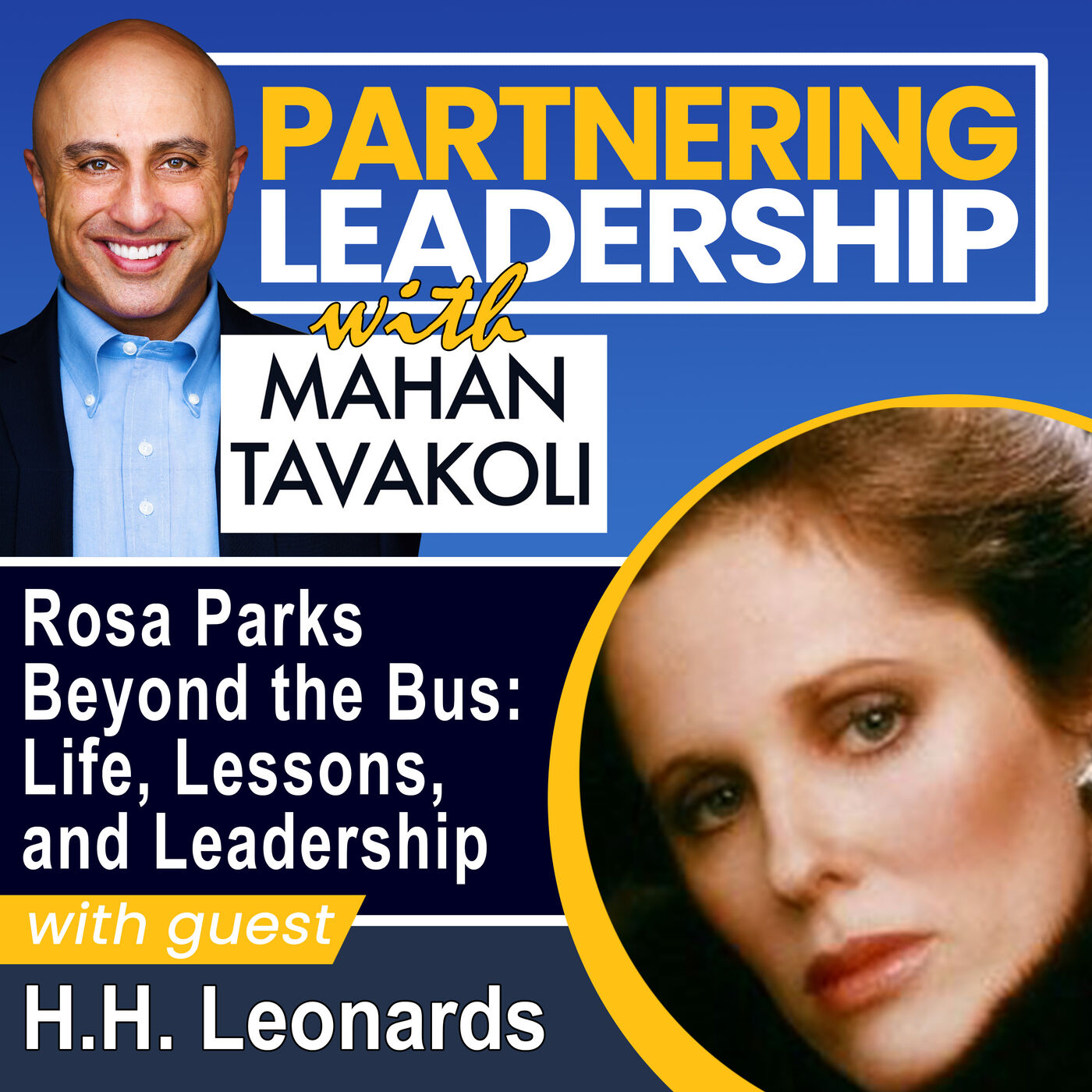 In this episode of Partnering Leadership, Mahan Tavakoli speaks with H.H. Leonards.  H.H. Leonards is the founder and chair of the O Street Museum Foundation, headquartered in Washington, D.C., and the Mansion on O Street, where Mrs. Rosa Parks called her home-away-from-home for the last decade of her life. H.H. Leonards is also the author of the book Rosa Parks Beyond the Bus: Life, Lessons, and Leadership.  Rosa Parks was a civil rights activist best known for her pivotal role in the Montgomery bus boycott. In the conversation, H.H. Leonards shares why they connected on a deep level when she met Rosa Parks.  H.H. Leonards also shares both historical accounts recounted to her by Rosa Parks as well as her experience during the ten years Rosa Parks lived at the Mansion on O Street.  Finally, H.H. Leonards shares what Rosa Parks felt it would take to end racism and her hope for future generations.  The episode ends with the beautiful song “Enough” which was made to honor Rosa Parks.  The song lyrics are by Oscar-winning songwriter Paul Williams, and the music was written by Mark Bryan (lead guitarist for Hootie & the Blowfish) and Ranky Tanky, both Grammy winners.

-H.H. Leonards and Rosa Parks bonding over their shared values of family, love, and helping others

-H.H. Leonards on getting to know Rosa Parks even better, by accompanying her to meetings and through her touch

-The Congressional Gold Medal and the Presidential Medal of Freedom

-The three-city funeral for Rosa Parks

The Mansion on O Street https://www.omansion.com/