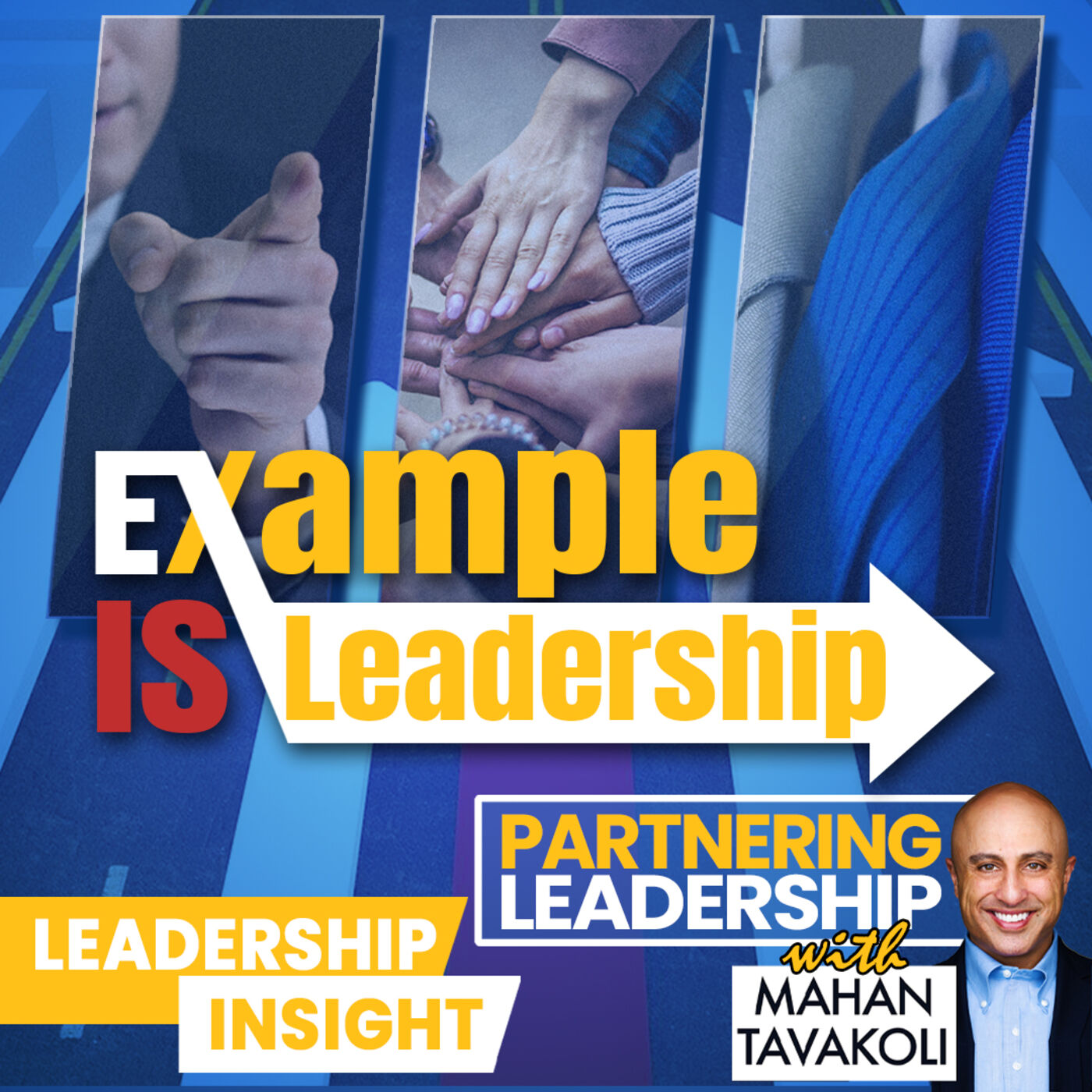 Welcome to Partnering Leadership. I am really excited to have you come along with me on this journey of learning and growth as we have conversations on Tuesdays with magnificent Changemakers from the greater Washington DC DMV region, and then on Thursdays with global thought leaders that are sharing their insights and best practices on leadership with the entire partnering leadership community.

Now, I also love hearing from you and having heard from you, you truly enjoyed the March solo episode or thought leadership insight, where we talked about renewal reinvention. And it being a time for all of us to reimagine whether it is in our teams and organizations or as a society as whole. And that episode ended with the beautiful words of Amanda Gorman. Put to music actually by one of our own team members at Partnering Leadership. Kem did a magnificent job with that.

Actually, I am very fortunate to have the support of Kem, Inah, Shania and Mark. They do a great job with these episodes, with the social media content and with everything around the podcast to help my guests and me look good. So I truly appreciate them as we all appreciate you coming along this journey with us.

As I mentioned in the trailer episode of this podcast, while we try really hard to make sure that every single one of the conversations is of great value, the reality is, it’s through listening to the different conversations, picking up patterns of behavior and more importantly, patterns of values and practices that can have a significant impact on our leadership, whether it is leading a small team or a large organization.

As I know, many of you do. It is through that constant listening, reflection, asking ourselves the relevant questions that we can help improve ourselves. We can help, embody a growth mindsets and realize that we can always improve. And it's with that intent that I continue sharing these episodes with you.

I look forward to hearing more from you, mahan@mahantavakoli.com. There's a microphone icon on partnering leadership.com. You can leave voice messages for me there, and those of you that enjoy these episodes at Apple, when you get a chance, don't forget to leave a rating and review.

Now, this is one of those once a month episodes where I get a chance to share some of my own leadership insights, thoughts on leadership and this one is to me, one of the most significant and important aspects of leadership. And that is that leadership more than the words we use, it’s about the examples that we set.

We are all being watched very closely as leaders and people pay a lot more attention to our example than our words. And this brings me to an experience that I had a couple of years back. As my team and I were sponsoring a leadership author who is releasing a new book and was going to be speaking to a large group in one of the conference centers in downtown DC. So as sponsors of the event, we had a chance to be in the room before they opened up the doors to the large crowd. And we got a chance to get our books autographed, hang around with a speaker a little bit. And before he was to begin speaking and before the doors had opened up, he went up on stage, went checking everything, checking his notes and something was not right.

So he called his assistant over. And he started screaming at her and berating her. It was not like anything I had seen before. And what made it even more shocking is that this person is a well-known speaker and author on leadership. My team and I were looking at each other, not believing what we were watching.

Pretty soon after that, the doors opened up, the crowds came in, the speaker was introduced. He was on stage telling story after story. Pretty funny guy, everyone was laughing, enjoying the talk. And at some point during the talk, he talked about the importance of owning your mistakes and the importance of leaders taking responsibility for mistakes and sharing credit for successes with their team.

Even went on to say that, "You know what I tell leaders, I say, when you are pointing the finger of blame at one of your team members, and you have one finger pointed at them, always keep in mind that you have three fingers pointed back at yourself." My team and I were looking at each other thinking, is this guy for real, is he serious?

This is the guy that literally half an hour ago was mistreating his own team member worse than we had ever seen anyone do. So it's not what the leadership speaker says onstage. It's how we behave. And he behaved offstage. That's what leadership is about. Leadership by example. The example we set, not the words we use.

I saw in another organization where a new CEO talking about the value of people, value of team members, the family environments. As one of his first actions, let go of the highly performing senior executive that had been diagnosed with cancer a couple of months back and was still functioning and working hard in an organization.

So the message that sends was not a message of family and caring for team members. It was a message of not caring for people. It is not the words that he was using when he was on stage talking about values of people. It is not the words that are written to letters to shareholders, but the importance of people. It is the actions that matter. Leadership is example. And our people are looking at the smallest clues to pick up how we behave. That matters more to them than anything we say.

A great example of this for me is the story Lou Gerstner tells in his book. Now, Lou Gerstner, for any of you that might not be familiar with the name, is the person responsible for turning around IBM when Big Blue was going downhill fast. Big Blue had been a great organization up to the 1980s and then started having significant issues and significant problems.

Now, if you laugh and think to yourself, well, that is ridiculous. Why would people change the color of the collar of their shirt? What I would submit is that people pay attention to the smallest details of what leaders do, whether we as leaders pay attention or not is a different story.

So keep that in mind, as you're listening to all these magnificent changemakers and thought leaders. And reflect on the kind of example you want to set as you lead with greater purpose, greater meaning, and greater impact.

As always, I love hearing from you. Keep your feedback coming. Really appreciate your support for the podcast and really appreciate you. With a growth mindset, continuing to help improve yourself, your team, your organization, and the community.