John is the retired Chairman of KPMG International. John spent 40 years with KPMG, holding numerous leadership roles, including US Chairman and CEO, US Deputy Chairman, and managing partner of the Washington, DC office.

John has been consistently named as one of the “Top 100 Most Influential People in Accounting” by Accounting Today magazine, and one of the Top 100 Most Influential People in Corporate Governance by Directorship Magazine. He is a member of the Board of Trustees of the University of Notre Dame, from which he graduated, and the Financial Accounting Foundation (FAF), and previously served as a member of the Business Roundtable, the International Business Council of the World Economic Forum, the British American Business International Advisory Board and served on the board of the U.S.-India Business Council, the Board of Trustees for both the U.S. Council for International Business (USCIB) and, and the Executive Committee of the Business-Higher Education Forum (BHEF).

Throughout his career, John has championed the importance of business leaders building strong cultures within their organizations, emphasizing inclusion and diversity. He previously served as a member of the board of Catalyst, and in 2011 he received the CEO Leadership Award from Diversity Best Practices.

John is deeply committed to philanthropy and corporate citizenship, with a focus on lifelong learning. Along with his wife Beth, he has been a driving force behind KPMG’s Family for Literacy (KFFL) program, which has provided more than 3 million books to children in need in the US and has expanded to 17 countries around the KPMG network. He served as a Board member of the Committee Encouraging Corporate Philanthropy (CECP) and is a Board member of the Wolf Trap Foundation for the Performing Arts. In 2013, he was honored as “Responsible CEO of the Year” by Corporate Responsibility Magazine. 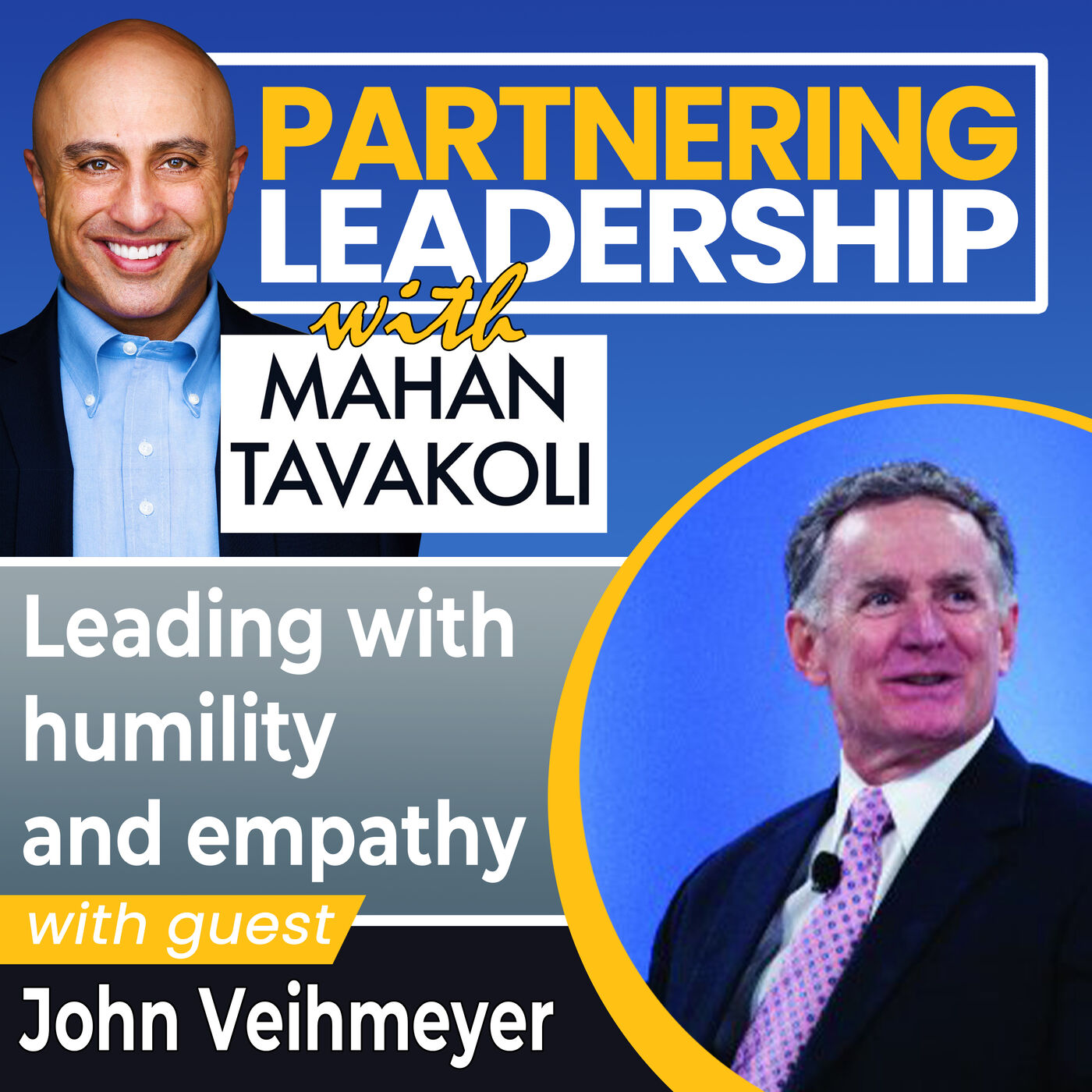 Leading with humility and empathy with John Veihmeyer | Greater Washi…

In this episode of Partnering Leadership, John Veihmeyer, former global chairman of KPMG, looks back on how he started rising thr…