Leading with a belief for the greater good and honoring a legacy with Dr. Charlene Drew Jarvis | Greater Washington DC DMV Changemaker 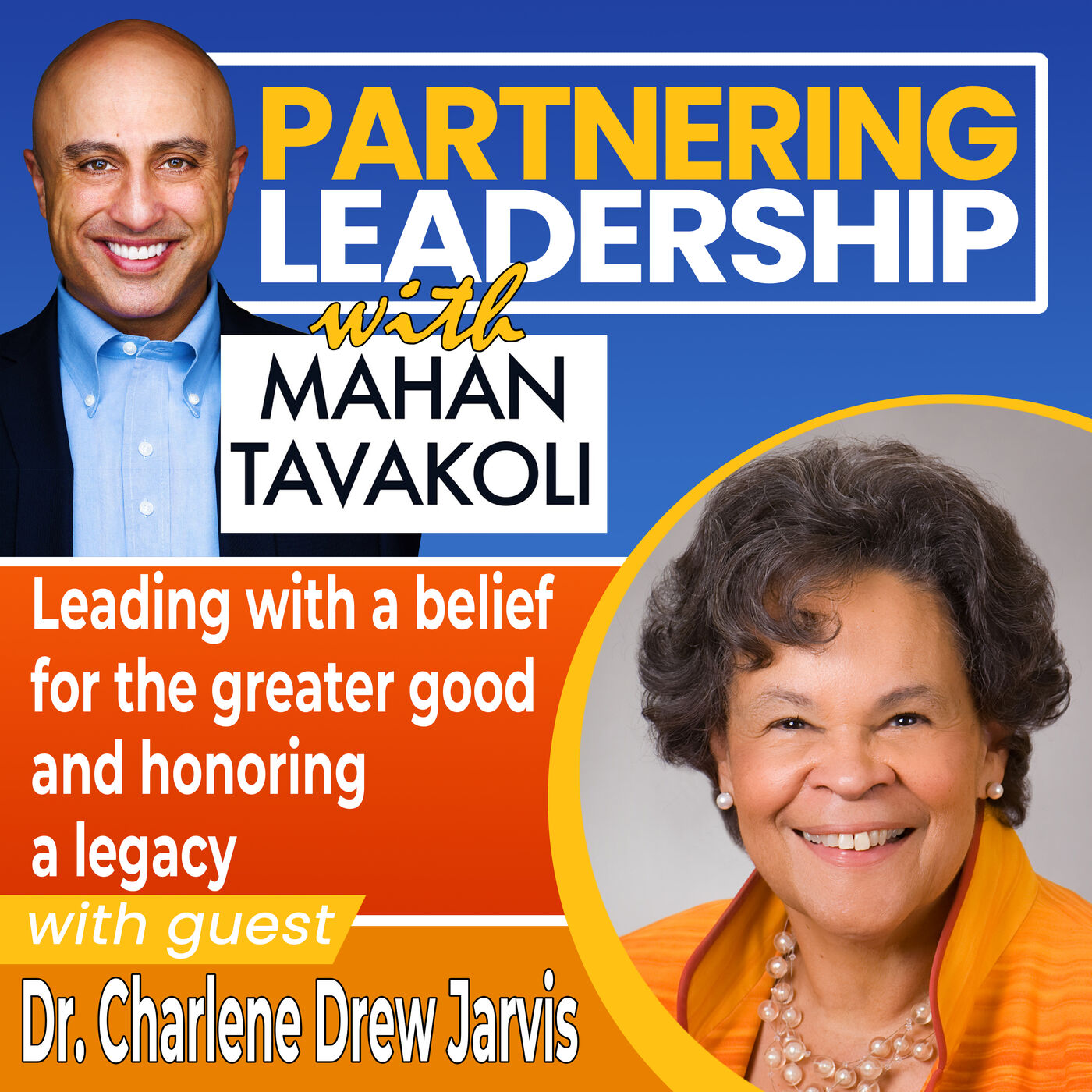 In this episode of Partnering Leadership, Dr. Charlene Drew Jarvis, neuroscientist and former Washington DC council member and chair of the committee on economic development, recounts stories of her father, Dr. Charles Drew, and shares stories of her life as a scientist and politician, and how the intersectionality of her passions empowers her to ask the right questions in solving complex problems and leading a community.

Julius Rosenwald, Businessman, philanthropist, and founder of the Rosenwald Fund

Spencie Love, Author of “One Blood”

Arrington Dixon, Former chair and member of the council of the District of Columbia

Sharon Pratt, Attorney, politician, and the third mayor of the District of Columbia

Marion Barry, Former mayor of the District of Columbia

Jack Evans, Former member of the council of the District of Columbia

Neuroscientist and Chair of the committee on economic development,

In her long and distinguished career, CHARLENE DREW JARVIS has held positions as a neuroscientist, legislator and university president.

Dr. Jarvis’ educational background led to a career as a neuroscientist at the National Institute of Mental Health in Bethesda, Md. (1971-1978). She received a BS from Oberlin College (1962), an MS from Howard University (1964), and a PhD in Neuropsychology (1971) from the University of Maryland, all the while balancing the demands of being a wife and mother of two active young boys.

Her research with co-investigators appeared in scientific publications such as the Annals of Neurology; Neuroscience Abstracts; Brain Research; the Journal of Neurophysiology; and Brain, Behavior and Evolution.

Responding to the need to help rebuild the economy of Washington, DC, after the riots that followed the death of Martin Luther King, Jr., Jarvis ran for public office and was elected 6 times to the Council of the District of Columbia (1979-2000).

Her work as Chair of the Committee on Economic Development for more than 20 years was pioneering. The Washington Convention Center, the Verizon Center, Business Improvement Districts, Tax Increment Financing, and legislative initiatives designed to prevent redlining by commercial banks stand as important and collaborative contributions.

Dr. Jarvis was appointed in 1996 as president of Southeastern University, founded by the YMCA in 1879. True to the mission of the YMCA, her goal was to give students both theoretical and practical applications of knowledge. Thirteen years later, in 2009, she orchestrated a unique merger of the University with the USDA Graduate School in Washington, DC.

The Honorable Charlene Drew Jarvis was named one of the most powerful women in Washington by “Washingtonian Magazine” in 1989, 1994, and 2007 and by “The Washington Business Journal” in 1985.

Jarvis’ legacy as the daughter of Dr. Charles R. Drew, the blood bank pioneer, has given her a special perspective as an advocate for science and health education. In her association with the American Red Cross, Dr. Jarvis has traveled to many Red Cross and Bone Marrow sites around the nation to speak about her father’s accomplishments and to encourage the participation of minority blood and marrow donors. In 2014, Dr. Jarvis was given an award for her service from the Washington, DC, Chapter of the American Red Cross.

Dr. Jarvis is the recipient of more than 100 awards for her leadership, including honorary doctorates from Amherst College, George Washington University, Oberlin College, and a Distinguished Alumni Award from Howard University.

Charlene Drew Jarvis is valued for her analytical skills, intellectual rigor, probing questions, and pragmatic approach to problem solving. These traits made her advisory contributions much in demand by dozens of major organizations and commissions.