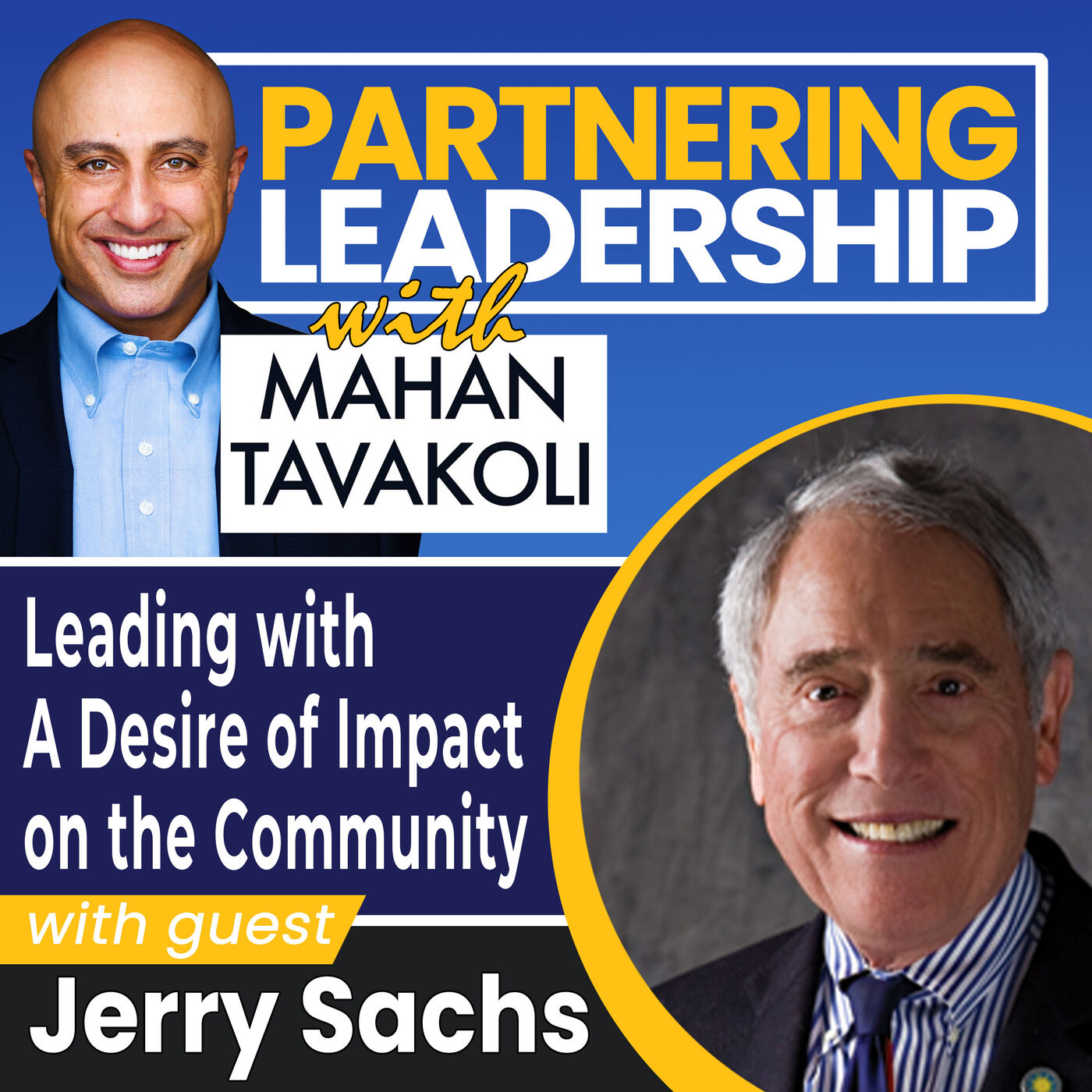 In this episode of Partnering Leadership, Mahan Tavakoli speaks with Jerry Sachs.  Jerry is the former president of Centre Group, the operating entity that included the Washington Bullets, Washington Capitals, and Centre Management.  Jerry Sachs shared his leadership journey, including how he ended up working for the Baltimore Orioles, his move down to Atlanta to work for the Braves, and what brought him back to the Greater Washington DC DMV region.
Jerry shared how he met his wife Joyce, her love and support as a lynchpin of the family, and her role in raising their son Gene and daughter Barb.  Jerry Sachs also shared how the entire family engaged in philanthropic efforts including, volunteering together at So-Others-Might Eat, soliciting Christmas gifts for families at the Children's Inn, and hosting Joe Emmerich's kids each fall before school began.  In addition, Jerry shared stories about Abe Pollin's commitment to giving back, recruiting the Washington Capitals, design of the Capital Centre, and the joy of winning an NBA Championship with the Washington Bullets (Wizards).  Jerry Sachs also talked about his commitment to the Greater Washington DC DMV community through many philanthropic efforts, including as a founder of the Washington Regional Alcohol Program (WRAP).

- Recruiting the Washington Capitals and building the Capitol Center

- The inspiration behind the Capital center design and features

- The impact of good role models in life

- Jerry Sachs on being authentic and recognizing imperfections