How to lead with love | Mahan Tavakoli Partnering Leadership Insight 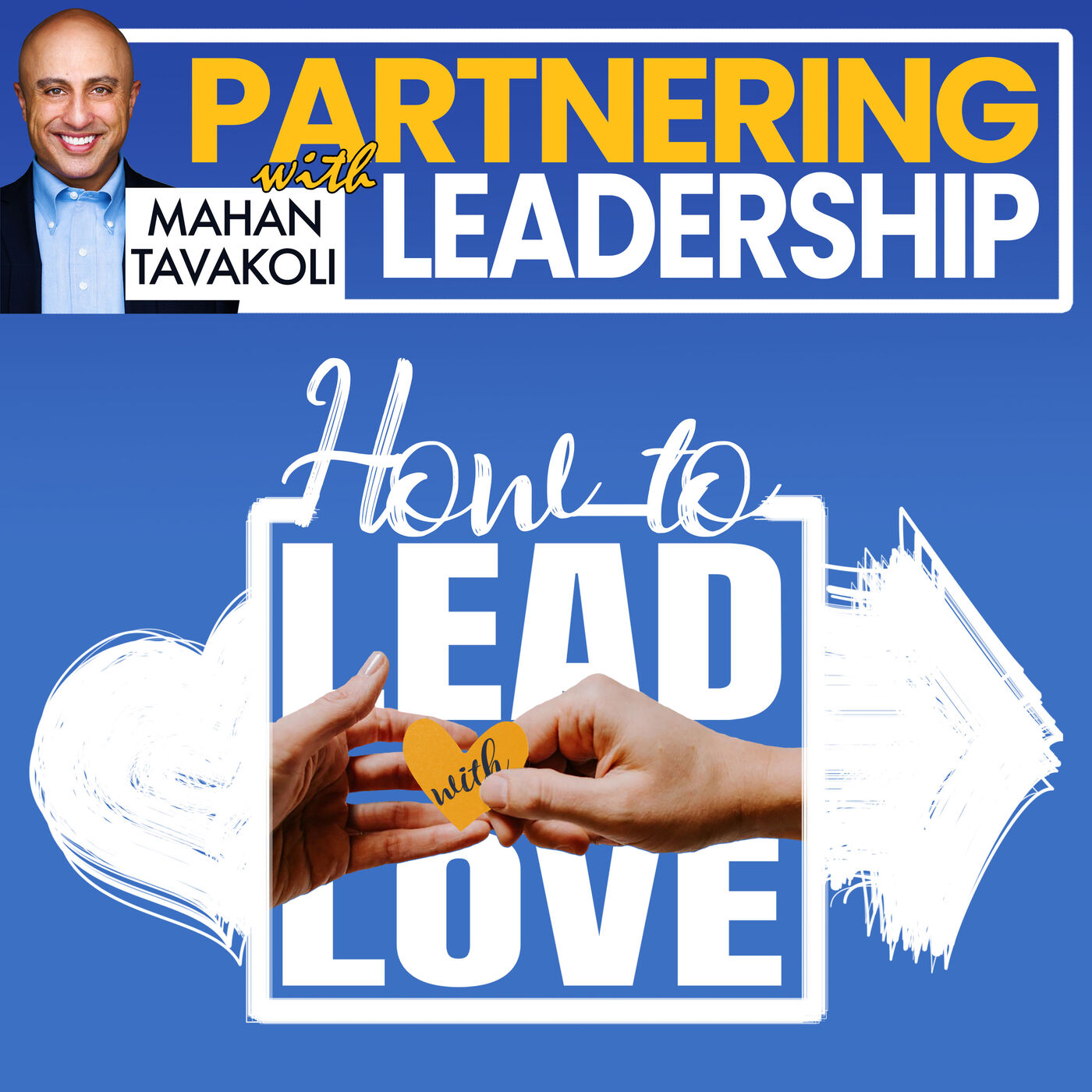 In this episode of Partnering Leadership, Mahan Tavakoli talks about the importance of leading with love and why genuine love is critical to leadership and a core essence of leading as a partner-leader.

Welcome to Partnering Leadership. I'm really excited as you're coming along with me on this journey of learning and growth. And as I've told you, the first Thursday of every month, I will share with you some of my own leadership insights.

Before I do that, don't forget to subscribe and, or follow the podcast depending on your platform of choice and shared with at least one other person, that way we'll make sure we have a positive impact on how we lead and how others lead.

Keep your feedback coming mahan@mahantavakoli.com. There's also a microphone icon on the partnering leadership.com website. Love hearing from you. It is fabulous. I say that because I know based on feedback, a couple of you provided me that when I'm talking to a lot of our guests, I love to say, "That's fabulous."

So, you know what, I'm going to use that and put it on some key chains and some mugs that I'll get a chance to share with those of you that are great advocates and partners and promoters of the partnering leadership community. So thank you. Keep those coming.

Now this month, typically in February, we think about love and I think we should think more about love year round. And I want to talk about leading with love.

Yes. The importance of leadership with love. Actually research published even in 2014, Harvard business review showed that employees that feel love perform better. Now, if you look at definition of leadership and love, Merriam-Webster says to lead is to guide on a way, especially by going in advance. So the way we behave has a lot to do with leadership. And I'm going to talk to you in one of the upcoming episodes about the role that examples serve in leadership.

Also with respect to love, one of the definitions is affection based on admiration and benevolence, which in essence is an act of kindness. So admiration and kindness as a part of leadership in the way we behave.

Isn't that important to leadership? I would submit that it is critical. And it is a critical factor for what I call as a true partner leader.

Now, there are four things that I think are essential in being a loving leader and leading with love. One of them is to seek deep connection and trust. These are times when it's easier for us to be distracted whether, because of technology or the many things that are going on in our lives. So deep connection requires real respect and focus on the other person. And we have to develop trust before we can move on whether it is in our individual meetings with people, it is on the conversations, or as simple as the question of how are you doing.

No, not just asking how are you doing to get it out of the way, but how are you doing? Telling the person that we really care, we want to know the answer because we do. That is showing love. So seek deep connection and trust.

Another element of leading with love is having empathy. I know that everyone listening to this podcast has a lot of empathy. Otherwise you wouldn't be listening to a leadership podcast, especially to a guy that highlights a lot of leaders and a lot of thought leaders and change makers that talk about empathy. So you have it in you in order to also recognize it in others.

But I want us all to try to have even greater empathy. Try to experience, almost feel the thoughts of other people without necessarily having them express it. And that requires deep listening, paying deep attention and caring with our entire being. It is made a little bit harder when we're interacting through technology, but empathy can be shown especially when it's sincere, it comes across. So have empathy.

The third one is, assume positive intention. You know, there's even a human cognitive bias called fundamental attribution error. It's a tendency for us to underemphasize the situational explanation for someone else's observed behavior. So typically when someone else is late to a meeting, or if they're late to meetings a few times in a row, it's because they are not an organized person.  If we happen to be late, we understand the reasons that caused it. We don't think of ourselves necessarily as being different people because of that practice or that habit.

Now assume positive intention. We typically jump to the most negative conclusions a lot of times. Catch yourself doing that.

If you don't believe it. Listen to the episode I did with David Gardner of Motley fool. A beautiful example of having courageous conversations, but doing it with love. After 2001, they had to let some people go. They did it with such love that many of those people became lifelong fans. Former employees, and now fans, because they were treated with love and those courageous conversations.

John Chambers, who was CEO of Cisco for over 20 years from around 1995 to 2015, wanted to be notified within 48 hours of the death in an employee's immediate family. Now here's a guy that was CEO of a company that was worldwide and had 80,000 employees.

John wasn't running for office. John didn't want to win a popularity contest. John sincerely cared and had empathy and wanted to show love to his employees worldwide.

Teddy Roosevelt said, people don't care how much you know until they know how much you care. And that is what leading with love is all about. It's genuine. It's not fake. Don't do it just to be a more effective leader, please don't. Do it because it's the right thing to do and the right way to lead as a human being and yes, as a true partner leader.

Keep your feedback coming. I love hearing from you, mahan@mahantavakoli.com And ask yourself, what can I do this week specifically to lead with even greater love?