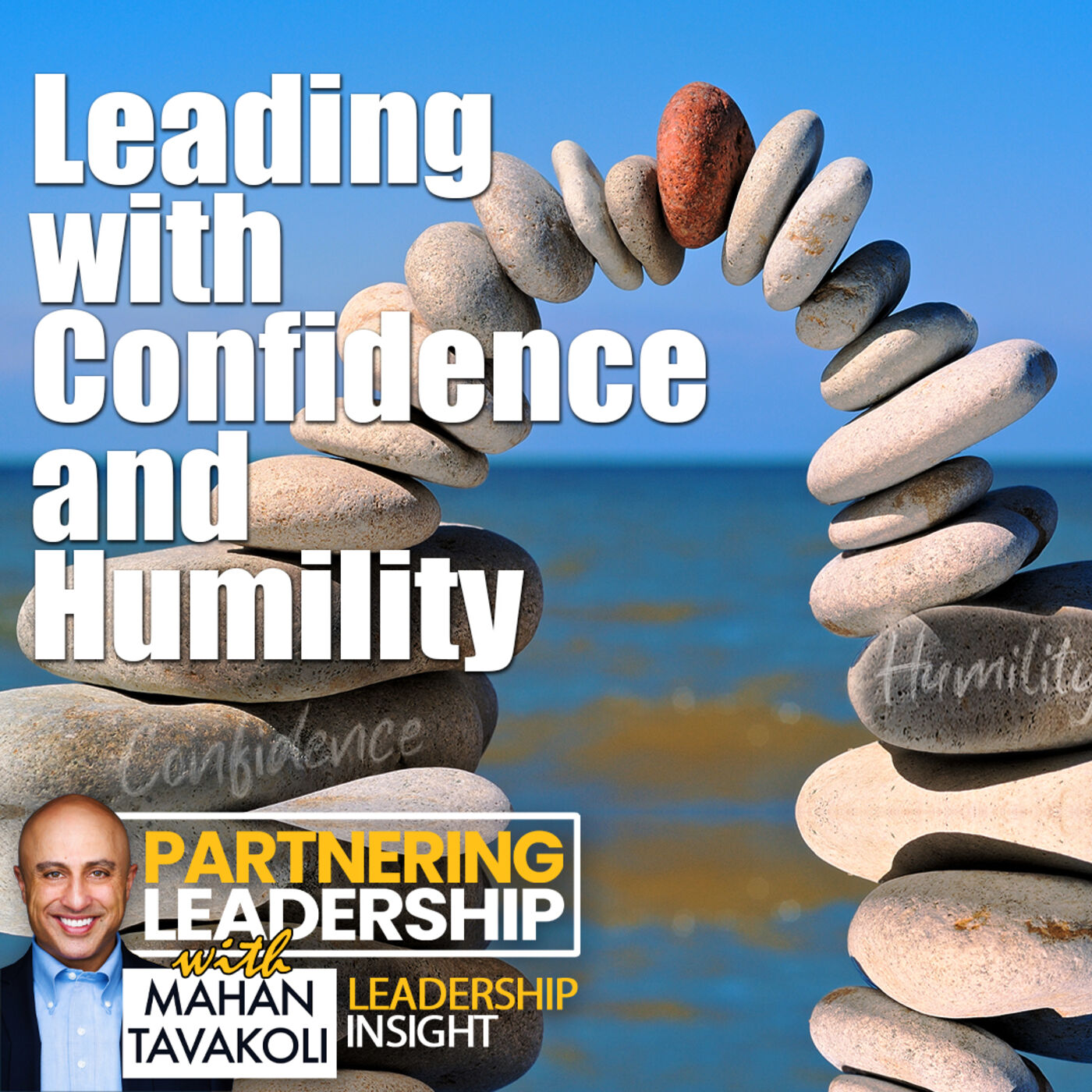 In this episode of Partnering Leadership, Mahan Tavakoli shares thoughts on how to lead with more confident humility. Mahan also goes through five mindsets and practices of leading with confidence and humility. Finally, Mahan Tavakoli shares why we need to celebrate confident humility in leadership and the necessity of this approach to leadership through greater uncertainty.

-The Dunning Kruger effect and its impact on Selfie Leadership

-The fragility of the ego of selfie leaders and why ego is the enemy!

-Why humility is not the same thing as self-doubt

-The importance of intellectual humility and a growth mindset

-On seeking truth-tellers and encouraging dissent

More information and resources are available at the Partnering Leadership Podcast website:
https://www.partneringleadership.com/

This is the once a month where I share some of my own leadership thoughts with you and I am so appreciative of all the feedback and comments I got on last month's solo episode on selfie leadership and selfie leaders. I really appreciate all feedback from you, whether you like the episodes or see opportunities for improvement, share them with me, mahan@mahantavakoli.com. There is also a microphone icon on partneringleadership.com. You can leave voice messages for me there, but I heard a lot of positive feedback on this episode, which is why this month, I want to take it one step further and talk more about leading with confident humility.

Confidence and humility are not on opposite ends of the spectrum. If anything, they are very much complementary to each other.

Humility is not a feeling that others are better than you as Ken Blanchard who I had a conversation with earlier this year says in quoting CS Lewis, "humility is not thinking less of yourself. It's thinking of yourself less".

So rather than viewing humility as sign of weakness, we should see arrogance as a sign of weakness.Ryan Holiday has a book called ego is the enemy and in it, he gives examples of leaders who have been able to accomplish great things as a result of not being so focused on their own egos.

While on the other side, selfie leaders have fragile egos, and that's why they do anything and everything to protect those egos.

There is something called the Dunning Kruger effect where the less competent someone is oftentimes they are more likely to overestimate their abilities. So the more, they lack competence, the more likely they are to shine with overconfidence.

A lot of times these are the people who are constantly sharing their own images their own quotes, talking about how great they are and their thoughts on leadership.

The reality is that is arrogance and arrogance is weakness.

Tim Urban, who is a writer of "wait, but why blog" describes arrogance as ignorance plus conviction.

There are so many examples in business history of people that have been ignorant, but have had a lot of conviction.

Edward R. Telling was chairman of Sears. He was asked in the late 1970s about this retailer that was growing across the country called Walmart. And He got offended being asked the question saying that Sears is number one, number two, and number three largest retailer if you put all the others together, we would be number one, number two, number three. no one comes even close to us.

And you know what ended up happening over the ensuing years as Walmart first caught up to Sears and past Sears. And

Then Blackberry, Mike Lazaridis, who was the person behind Blackberry in 2013, was told by his chief marketing officer that the market for keyboard phones was dead. With the introduction of iPhone people were looking to be able to type on their screens. At a board meeting, Lazaridis said, I get this, which was his Blackberry with the keys on it and then he turned and pointed to a touchscreen phone emphasizing- I don't get this.

So that is why Blackberry chose not to pursue touchscreen because Lazaridis was arrogant. That's not confidence. That's arrogance.

So what is confident humility?

That's why it's Confident humility.

I'm not encouraging people to have self doubt. We need to have confidence in ourselves and enough confidence to therefore have the humility to recognize the value other people bring to the conversations. So it's more intellectual humility, not self doubt.

so in order to lead with confident humility, there are five elements that I believe we need to focus in on one having a growth mindset. I repeatedly mentioned Satya Nadela because I believe he has shown through his leadership of Microsoft the impact of a growth mindset in leadership and Nadela talks about be, learn it all not a know it all.

A growth mindset means we believe that we have the capability to develop, and we need to, we are not there yet as individuals or as leaders.

Another key element is separating our identity from our opinions. Professor Ed Hess who I had a conversation with earlier this year talks about the fact that we see criticism of our opinions and beliefs as attacks against us and our identities because we get so wrapped up with these beliefs that they bruise our ego therefore we do anything and everything to protect our ego.

So separating our identity from our opinions. That's why the next element is we need to celebrate changing our minds more often.

I talked about this in an earlier episode. It's really important capability, especially in uncertain times.

Finally, we need to surround ourselves with truth-tellers. We all have blind spots and one of the hardest things for us to do is to encourage feedback from trusted advisors and encouirage dissent. Truth tellers are people who are willing to challenge us. The reality is in most instances, whether it's politeness or the fact that we are mindful of the feedback we give to people who are higher up in an organizational hierarchy, we tend not to get accurate information. If we don't consistently seek it out and we don't encourage dissent and truth-telling.

So leaders that lead with confident humility are those that encourage dissent and surround themselves with truth-tellers.

Jennifer Garvey Berger says in a simpler world, perhaps unilateral power held by a single, smart, capable leader could rule the day. In a complex world, it takes a collective sharing of power, creativity, and perspectives to become agile and nuanced enough to lead into the uncertain future.

That's why we need to celebrate confident humility in leadership. That's what it takes to effectively lead into the uncertain future.